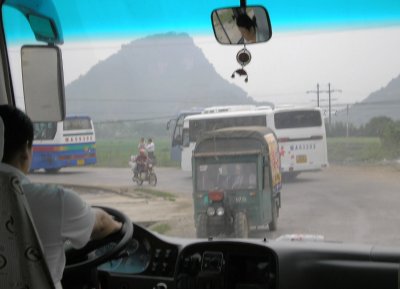 After one of many close calls during our tour buses’ overtaking manoeuvres, one of the other tourists joked that it was just like playing Grand Theft Auto. He has a point.

Seems to me like Asia is the natural setting for GTA. Why do Rockstar keep setting Grand Theft Auto in New York, Miami and LA lookalikes?

Think of the possibilities: