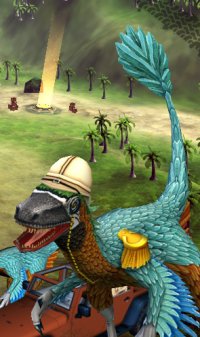 Blurst hasn’t met our expectations.  More specifically, Blurst’s traffic has not increased to levels where it will pay for itself. … We are halting development of our 8-week projects and beginning longer-term development on Off-Road Velociraptor Safari.

Flashbang Studios are the guys that single-handedly brought Unity 3D out of obscurity. They created Off-Road Velociraptor Safari, which spread all over the web. For people outside the Mac sphere such as myself, it was a showcase of the technology. As far as I know Unity weren’t paying them to build games on the platform, but they should have been.

To confuse their branding situation further, Flashbang created Blurst, a site which collects all their Unity games together with the same user and highscore table system. They embarked on a plan to create a new game prototype every 2 months. It resulted in some superb stuff, and they’ve been a huge influence on what I’m doing with Mostly Tigerproof.

(Except for their plan to grow into a portal with an army of repeat visitors, of course. Pretty unlikely I could pull that off! Mine’s more of a portfolio site.)

It’s a slight disappointment to see them pick Off-Road Velociraptor Safari for full production, but totally understandable given its brand recognition. If you ask me, Blush is their best work. It’s the same basic game mechanic as Velociraptor Safari, but the camera is more helpful. It also has much greater focus: there’s only one goal, fetch eggs and feed them to a spooky glowing orb. Compare that to Velociraptor Safari: when I play that, I’m torn between dinosaur hit ‘n’ run, corpse fetching, orb collection and driving stunts. If you play only one Flashbang game, play Blush.

The trouble with Blurst was the low frequency of new games. A consistent style and level of quality is peachy, but to make it in the portal business you’ve got to have a game for every occasion a visitor wants to kill time. That means 3rd-party games. Perhaps this product-centric business model will suit them better.