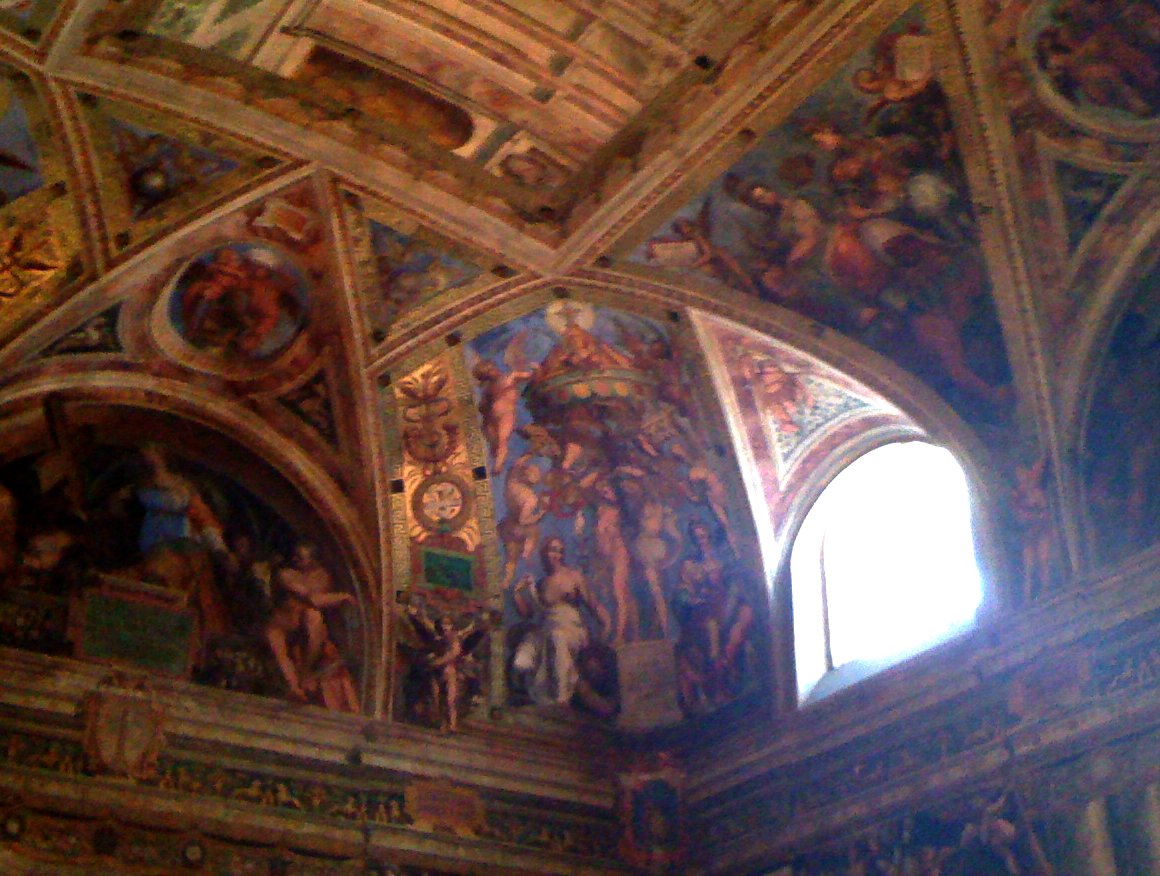 I went to see the Pope’s house. I’m not a big fan of the guy, but I heard it was quite something, and it was.

The tour started with the Vatican art museum, which is submerged in a tide of people. It pushes you along ceaselessly at half walking speed. Even at that hasty speed, it takes 3 hours to see the permanent exhibition. Every wall and ceiling is covered by something impressive. The mosaics on the floors weren’t bad either. It’s like a treadmill of masterworks. After that, you stagger out in front of St. Peter’s Basilica dizzied by sensory overload.

Perhaps the Vatican is trying to corner the art market, or maybe they’re going for a Civilization culture victory. Bet the Italians will wish they had finished the job when Rome gets culture-flipped. ;-)

It’s a fantastically ornate monster’s lair. It’s a little sad to think that this is where all the marble missing from the ancient Roman sights went. I was certainly disappointed when I showed up at the Pantheon, and instead of it being full of awesome Hellenistic gods, it had been retrofitted as a church and was full of saints instead. Bah! Doesn’t Italy have enough churches already?

That said, I was tickled to see one basilica with coin operated machines controlling the lights for the artwork. If you want to see the sights you have to use coin operated enlightenment.