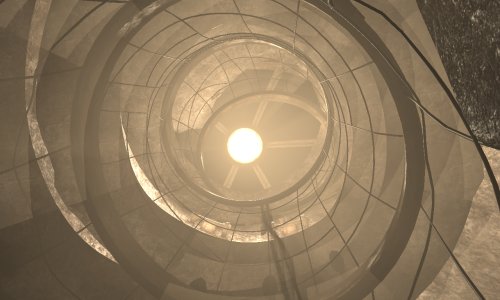 I’ve been an enthusiastic proponent of paper prototyping, but I’m starting to see its limitations.

I’ve been playing The Void by Ice Pick Lodge. Ice Pick Lodge are the closest thing the game industry has to David Lynch. Aesthetically the game is remarkable, but I’m not going to address any of that.

In spite of an exhaustive tutorial, it’s actually even less accessible than their début game, Pathologic. It’s shorter and easier, but the gameplay is more difficult to grasp. I restarted the game four times after screwing the pooch so badly that the game became unwinnable. The game is just so abstract that it takes a while to understand the strategy.

The game establishes a jargon of it’s own from the beginning. Hearts, Colour, Nerva, Lympha are all abstract quantities or containers for abstract quantities. The colours crimson, amber, gold, emerald, azure, violet and silver all have special properties and uses. Before long, you start to feel like you’re playing Settlers of Catan.

If a game design is built wholly on paper, it’ll continue to reflect the limitations of board games even in its final form. The Void has all the hallmarks of being prototyped as a board game, then shoe-horned into a third person adventure game. This isn’t necessarily a bad thing, but it has drawbacks:

The sad thing is that I think the strategy layer would’ve made a fun board game, but it detracts from inhabiting the world and interacting with the characters. There’s no synergy between the two halves of the design.

I don’t know how much the awkward game mechanics are a deliberate part of the game’s message. The resource management aspect seems intended to provide irreversibility, so that the player’s decisions have weight and poignancy. Making these weighty decisions without understanding the consequences is part of the game’s theme. For less ambitious folks like myself, who are only shooting for an enjoyable game, it remains a counter example.