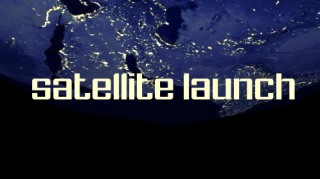 I’ve made a fresh new version of Satellite Launch and posted it at Kongregate. You can also play it at Mostly Tigerproof.

I’ve been eyeing up Kongregate’s Unity support for a while now, though it’s not much of a business proposition at the moment. Unity games on Kongregate get 40 times fewer hits than Flash games. Still, I figure it’ll be an interesting experiment, and I’ll get to see what their ad rates are like.

I’m mindful that I’m exposing it to a gamer audience instead of a game dev audience, so I’ve made a limited attempt to polish it up, but I’ve hit my self-imposed deadline before I’m truly satisfied with it. In any case, I’ve been operating in a vacuum for too long, and it’s time to get some feedback.

I ran out of momentum prototyping the concept 2 years ago because I couldn’t see any interesting progression mechanics to pair up with basic challenge of trying to launch as many satellites as possible. That and there was a fairly boring dominant strategy where you can just queue up a lane of satellites in the same inclination.

In the new version, the objective is to link up pairs of ground stations. This provides an incentive to spread your satellites across different inclinations. Also, picking orbits to cover the most stations possible makes the game feel a bit more tactical.

The scoring is now a multiplication of two numbers, so linear improvements in the player’s skill grant quadratic improvements in the player’s score. This is nice because when you’ve been playing something for a while, it’s discouraging when the law of diminishing returns kicks in. I want to compensate for that by spreading out the high end of the score distribution. Yet another little thing I learned from Geometry Wars 2. That game is an education.

While I’ve been writing this, the game’s been played more times at Kongregate than in the last year at Mostly Tigerproof. Heh.